Tuberculosis kills over a million people each year, mostly in developing countries where public health systems are inadequate. However, non-governmental organizations (NGOs) are now embracing new mobile health technologies that could lead to tuberculosis treatment & help fight the disease more efficiently and cost-effectively.

As one of the world’s most lethal communicable diseases, tuberculosis (TB) poses a massive public health challenge. The WHO reports a $2 billion annual funding shortfall for TB prevention, diagnosis, and treatment due to the high costs of fighting it in places with weak institutions and infrastructure. As the disease spreads in densely populated cities and remote areas, new antibiotic-resistant strains emerge.

Tuberculosis (TB) is far more prevalent in India than previously thought, according to the findings of a national survey conducted by the Union government and released on March 24 – World TB Day.

According to the National TB Prevalence Survey of India 2019-2021, the prevalence of tuberculosis is 312 per 100,000 people. The survey, the first of its kind in more than five decades, drew up to 5 lakh people from across the country.

According to the report, older age groups, males, malnourished people, smokers, alcoholics, and known diabetics had a higher prevalence of pulmonary tuberculosis.

Symptoms were more common in people over the age of 65 compared to other age groups. Coughing, chest pain, expectoration (the discharge of matter from the throat through hawking and spitting), and loss of appetite were the most common symptoms.

In terms of gender, more males than females were found to be receiving treatment in the age groups 25-34 years and 55-65 years. There was no such difference between the ages of 15 and 24.

Most cases of TB require patients to take antibiotics on a daily basis for six months. Adherence to this regimen is usually enough to cure the patient, but missing doses or failing to complete the regimen puts the patient at risk of treatment failure. It also allows TB bacteria in their bodies to evolve into multidrug-resistant tuberculosis (MDR-TB), which is much more difficult and expensive to treat.

Non-Governmental Organizations (NGOs) play an important role in the fight to eradicate tuberculosis. Few non-governmental organizations (NGOs) dedicated to Tuberculosis elimination are involved in supporting partnerships for TB Care and Control in India, ensuring public education- mass/intermediate media, social mobilization for greater participation in RNTCP, engaging all care providers, coordinating on TB/HIV, and advocacy to increase political commitment to ending TB. The platform allows them to obtain technical assistance as well as avenues for implementing TB projects and collaborating for funding opportunities.

To address this issue of tuberculosis treatment, many non-governmental organizations (NGOs) have turned to mobile technology for health worker education, field management, data collection, patient tracking, and improved diagnostics & started a drive to donate to charity online for the treatment of underprivileged patients.

The Hindustan Latex Family Planning Promotion Trust (HLFPPT), founded in 1992 as a social enterprise, is a non-profit organization supported by HLL. The Trust’s goal is to make affordable health solutions available to assist communities in overcoming healthcare challenges.

At the state level, HLFPPT organized an interactive session with nearly 100 clients at the ART Center in Jaipur to raise awareness about tuberculosis. ARTC doctors discussed TB causes, treatment, and diagnosis, as well as the one-window system for PLHIV 99 DOTS. Some PLHIV who had TB and were now cured were named TB Champions. They talked about their experiences. Akshaya, a 14-year-old CLHIV student, stated that he was diagnosed with tuberculosis when he was 7, but that he has since overcome the disease and is living a healthy life. An oath-taking ceremony was also held to demonstrate solidarity for Unite to End TB. The Ultimate benefit of joining the network of ( PCNOK ) Patient Care Network Of Oklahoma. 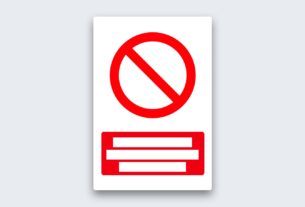 Different Types of Safety Signs and Notices Every Workplace Must Have 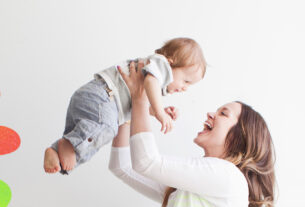