If you have looked up the Indian T20 League’s viewership charts of recent times, you can see a staggering increase in views. In the last few years, the tournament has consistently attracted billions of viewers from different parts of the world, making it inarguably the biggest T20 league.

Debuting in 2008, the league made its name as a funkier and glamorous version of the T20 format. Since then, we have witnessed 14 more editions with the competition growing fiercer giving rise to new players and establishing legacies alike.

Along with the growth of the Indian T20 League, we have noticed a spike in the performance of the fantasy league, too. Although fantasy games explore other sports as well like football, kabaddi, and hockey, to name a few, when it comes to traffic and participation, cricket easily takes the cake.

The Legacy of Cricket

Firstly, it is simply the legacy of cricket that draws fans to fantasy cricket.

It’s no secret how revered the sport is in India and in many other countries.

With fantasy cricket games providing people the chance to make a team featuring the elite of the elites, the Indian T20 League’s popularity only soars.

The number of fantasy cricket participants around the time of the commencement of the Indian T20 League and during the course of the competition fluctuates, in a good way, like no other time of the year.

To feature players belonging to countries like India, England, West Indies, South Africa, etc. in the same team is the dream.

The schedule of the Indian T20 League matches is rather tight-knit with players taking the field almost every day during the length of the tournament.

The tournament fixtures are released around a month in advance so as to create buzz among the fans and this prepares them for fantasy cricket.

As days go by, the downloading numbers of fantasy apps increase astoundingly.

In their desire to win lucrative cash awards, avid gamers login to their respective accounts on every day basis, creating teams with combinations that they can only think of.

With people from all across the world playing fantasy cricket, the Indian T20 League’s popularity only skyrockets.

The Indian T20 League and entertainment are often used in the same sentence and for obvious reasons.

It is the journey every cricket fan waits for.

Creating teams featuring cricketers of different nationalities delivers a feeling of excitement that is unprecedented to many.

There are endless team combinations to try out and when you find that winning blend, it is just entertainment from there through and through.

So, the entertainment stays not just on the field, but off the field, too.

Cash rewards are one of the most popular reasons behind the popularity of fantasy cricket.

This draws a lot of eyes towards fantasy games and results in an increase in the number of participants every year.

When you have thousands of rupees worth of cash prizes to be won from the comfort of your home, would you really say no to that opportunity?

Regardless, fantasy cricket manages to draw a crowd to watch the elitist cricket league there is and it only gets better with each passing year.

There’s no denying the fact that fantasy cricket and the Indian Fantasy League go hand in hand and the success of either party depends on the other. Fantasy games are one of the best ways for people to unwind and make cash money at the same time.

If you are concerned about the legality of these online games, be rest assured that they are legal and the prizes associated with them are legit, too. So, don’t let any inhibitions stop you from participating in fantasy gaming, as there’s a lot of potential here and the platform is sure to grow more. 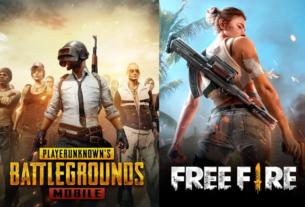 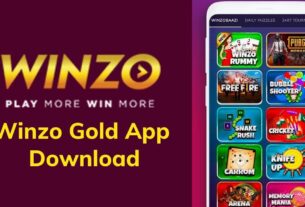 How does the winzo app work?